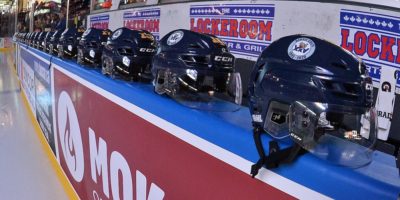 The Ontario Hockey League (OHL) has announced it will postpone the start of the regular season for its teams, including the Barrie Colts, and will decide a new start date in the new year.

A statement issued by OHL Commissioner David Branch states, after a meeting with the Board of Governors and General Managers, the decision has been made to delay the start of the 2020-2021 season that was originally scheduled to commence February 4.

“This decision follows Premier Ford’s announcement of a province-wide shutdown in Ontario commencing on December 26, 2020,” says Branch. “The League will continue to consult and work closely with Governments and health authorities to determine potential start dates in the new year.”

This impacts all 20 teams within the Ontario Hockey League, including the Barrie Colts. “Back in the fall we were quite confident that we would be back on the ice playing in front of our fans in February,” said Colts President Howie Campbell. “I can assure everyone that we, along with the OHL and the CHL, are doing everything we can to try to put together another revised schedule for the 20/21 season while keeping the safety of our fans, players and staff as our main priority. Barrie Colts hockey will be back. We just aren’t sure exactly when.”

“It’s hard to imagine the hardships so many people are facing,” added Colts co-owner Jim Payetta. “We always strive to be a good community partner and we very much appreciate the support we get from everyone. Like all of you, we so much look forward to putting this pandemic behind us and getting back to a normal life and seeing you back at the rink.”