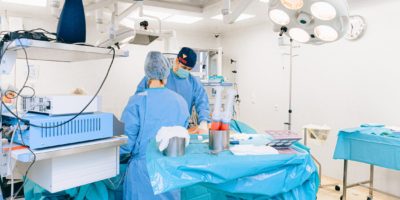 Health Minister Christine Elliott was asked if there’s a plan to deal with ethical dilemmas doctors may be facing at Ontario hospitals. This comes as frontline healthcare workers deal with more cases and dwindling supplies. As one reporter put it on Friday’s conference call; If two people come to the hospital at the same time and they both need a ventilator, but there’s only one…who gets it? And what parameters are in place for doctors forced to decide who should get the available ventilators?

“Yes, we are building out an ethical framework,” said Elliott. “We are preparing to making sure we have a supply for all Ontarians, we are building up our supply of ventilators so anyone who needs one can have access to one.”

At least one study shows that if Ontario’s pandemic trajectory is similar to what they saw in Italy, the province could quickly run out of ventilators. The question is being asked around the world. With millions of people needing treatment for the virus, countries like China denied treatment to non-coronavirus patients. Our neighbours to the south have fewer than 10,000 ICU beds and experts say they will need 20 times that number.

Premier Doug Ford says he’s been consulting with the Prime Minister’s Office about a 10,000 ventilator purchase order. “We’re [Ontario] the manufacturing engine of Canada and the four companies that are making this purchase order happen, are champions.”

Ford took another hard stance against price gouging after blasting a high-end Toronto grocery store for selling marked up lysol wipes on Thursday. Ford said his team is consulting with the Solicitor and Attorney General to come up with very strict fines. “We’re going to come down very hard on them. We’ll be making that announcement in the coming days,” said Ford.