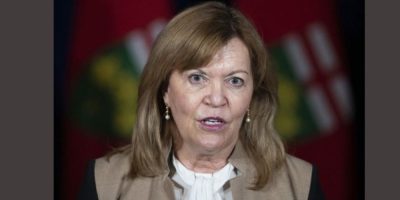 Ontario is offering all nurses incentive pay of up to $5,000 per person to encourage job retention.

Health Minister Christine Elliott said Monday the payments are meant to support nurses as the province recovers from the pandemic.

“As we continue our efforts to build up our nursing workforce, this investment will help us to retain the nurses that we already have.”

The government has priced the plan at $763 million. Payments will come from employers in two instalments, in a lump sum for full-time nurses and as a prorated payment for part-time and casual nursing staff.

Nurses in hospitals, long-term care, retirement homes, home care, mental health and addictions, emergency services and corrections and others who worked directly with patients during the pandemic will be eligible.

Elliott said the government is working with employers to get the first payment out “within the next few months.”

A spokeswoman for Elliott said full-time nurses employed in eligible sectors by Sept. 1 who worked between Feb. 13 and April 22 of this year will receive $5,000 in total.

Alexandra Hilkene said the incentive amount for part-time and casual nurses will be determined based on all hours worked during the Feb. 13 and April 22 period to a maximum of 375 hours, “to most effectively and equitably provide the incentive” to those workers.

Unions have raised concerns about burnout and low wages after two years of the pandemic, factors they argue are driving people to leave the professional altogether.

A group of healthcare unions on Monday called the retention payment a “temporary fix” that they said won’t help retain nurses who want long-term support.

SEIU Healthcare, Unifor, the Ontario Council of Hospital Unions and the Ontario Nurses’ Association issued a joint statement that was also critical of the fact that other health-care workers were excluded from the retention bonus.

“We are once again cautioning you against further demoralizing the workforce by providing one-time  payments to some, but not all, health care workers,” the union presidents said in an open letter to Premier Doug Ford.

“While you’re promising up to five-thousand dollars for nurses, what they really want is the support to do their jobs well and to do them safely.”

The group called again on Ford to repeal Bill 124, which caps annual public sector wage increases at one per cent, and asked the government to “move past the band aid pay-as-you-vote gimmicks.”

“Doug Ford can’t spend years attacking nurses, capping their pay, and turning his back on them when things got tough, then expect a free pass by handing out a one-time cheque right before an election,” Steven Del Duca said in a written statement.

The CEO of Home Care Ontario said her association “applauds” the move to offer retention payments, but called for the government to spend more money on stabilizing the home care workforce and a tax credit for family-funded home care.

“We have much more to do to if government wants to put home care on stable footing,” Sue VanderBent said in a written statement.

This report by The Canadian Press was first published March 7, 2022.