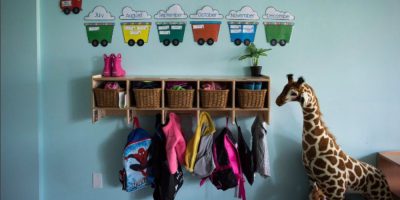 Increased demand for child-care spaces in Ontario due to the national $10-a-day program will leave the province short more than 220,000 spots under current expansion plans, the financial accountability officer said in a report.

Ontario recently announced that 92 per cent of licensed child-care operators in Ontario have opted in to the program and the province is now set to work on expansion plans, as well as a strategy to recruit and retain staff in licensed child-care settings. Advocates say expansion cannot happen if a child-care staffing shortage is not addressed, and have been calling for a wage grid, among other measures.

The agreement with the federal government saw Ontario commit to 86,000 new child-care spaces by the end of 2026, and the government says 33,000 have already been created.

But even if that target is met, Ontario’s Financial Accountability Office said in a report this week that will likely not be enough for everyone needing care.

“The FAO estimates that by 2026, Ontario families of approximately 602,257 children under age six will wish to have access to $10-a-day child care,” the report said.

The FAO said its estimate is based on pre-pandemic Statistics Canada data on how many families were not accessing child care because it was too expensive or they couldn’t find a space, as well as looking at how many kids are still cared for at home in Quebec, where fees are subsidized.

“We also know that more needs to be done,” Grace Lee wrote in a statement.

A spokesperson for federal Families, Children and Social Development Minister Karina Gould said the province should dip into its own pocket, if necessary, towards child-care spaces.

“There is nothing in our agreement stopping the Government of Ontario from putting forward provincial funds, supplementing the federal investment, to further grow its system for the benefit of its citizens and their children,” Mohammad Hussain wrote in a statement.

“This has been done by other provinces and territories. We certainly encourage Ontario to direct any additional resources it deems necessary toward this critical priority.”

Gordon Cleveland, a child-care policy expert and associate professor emeritus at the University of Toronto, recently wrote a report with child-care expansion recommendations for Ontario and said the province will need 300,000 more spaces. He said the startup grant amounts are fairly minor.

“There is not apparently any system of capital funding anticipated to support this new space creation, beyond very modest startup grants,” he wrote.

Cleveland, who urges a public and non-profit expansion of child care, said Ontario should make grants and public loan guarantees available to those operators.

“The current Ontario expansion plan assumes that operators already have capital or easy access to capital,” he wrote.

“This is true for commercial operators that issue and sell shares and/or take ownership of land and buildings that can be used as security for borrowed funds, but it is not true of most not-for-profit operations.”

The agreement says the federal funding will be used to “predominantly” support not-for-profit space creation and commits Ontario to maintaining at least 70 per cent of the province’s child-care spaces in the non-profit sector.

Cleveland’s other recommendations include requiring new not-for-profit housing developments that receive “substantial” government funding to include non-profit or public child-care centres, exploring a land trust for acquiring land for child-care centres, and implementing a salary and benefits grid for staff that raises compensation and incentivizes further education and professional development.

Parents whose children attend a licensed child-care setting that has opted in to the program are set to receive rebates of up to 25 per cent of the fees they paid since April 1 and a further fee reduction of 50 per cent, on average, by the end of the year. Fees are set to drop to an average of $10 a day by September 2025.