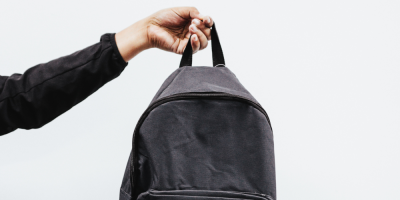 Back-to-school for Ontario schoolchildren on Jan. 17.

The Toronto Star reports the decision was confirmed by Premier Doug Ford’s office on Monday night.

Students and teachers were supposed to return to the classroom on Jan. 5, two days after the original date following the winter break. At the time, the province said it wanted to delay the start of school to ensure there were N95 masks for staff and thousands of HEPA air filter units distributed to schools.

Then, on Jan. 3, the premier hit the brakes on the return to school until at least Jan. 17 due to the surge in COVID-19 cases, described by Ford as a “tsunami.”

Since then, kids have been learning remotely.

Upon learning reports that classes will resume next Monday, Barb Dobrowolski, head of the Ontario English Catholic Teachers Association tweeted “Students, parents, and educators all want schools to return to in-person IF it is safe to do so. Is that your final answer @fordnation and @Sflecce ? Schools are safe this time??”

The Elementary Teachers Federation of Ontario (ETFO) said they have heard nothing about a return to in-person learning.

“We have not heard this officially from the Ministry; however, we usually don’t hear from the Ministry. #LastToKnow Our advocacy on behalf of our members and the students they serve continues. The Ford government must ensure a #SafeReturn,” ETFO said in a tweet.

A few days ago, three pediatric groups urged the Ontario government to resume in-person learning no later than Jan. 17.

The call was made in an open letter to the premier and Education Minister Stephen Lecce from the Canadian Paediatric Society, the Pediatrics Section of the Ontario Medical Association and the Pediatricians Alliance of Ontario.

They said they understand that the Omicron variant of COVID-19 is overwhelming hospitals and governments need to take action.

But, they added, “certain decisions and measures pose a far greater risk to children and youth than the virus itself.”

Ontario’s Big City Mayors (OBCM), of which Barrie Mayor Jeff Lehman is chair, endorsed a motion on Monday that they support calls from pediatric experts and parents to resume in-person classes.