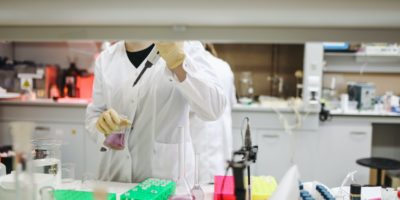 Ontario Premier Doug Ford says the province is now leading the country in daily testing volume per capita. This comes as Ontario surpassed a 16,000 tests-per-day target and has now completed 342,000 COVID-19 tests.

Premier Ford suggests that the province’s testing strategy “gives him confidence” that other portions of the economy can be reopened. The Ontario government allowed certain businesses and workplaces to reopen Monday.

A media release sent out Monday said the Ontario government has developed an integrated laboratory system which has established the province as a national leader in daily testing volumes per capita.

“We’ve been working around the clock to establish a vast and robust testing regime, which is critical in our fight against this deadly virus,” said Ford. “We’re now exceeding our target of 16,000 tests a day, with many of those tests aimed at protecting our long-term care residents and staff. This important milestone provides a strong foundation for gradually reopening our economy and getting people back to work, while protecting the health and safety of all Ontarians.”

There have been at least 52,700 cancelled or postponed procedures in Ontario since the pandemic began – according to Ontario’s Financial Accountability Office.

Minister Elliott previously acknowledged that 35 people may have died of cardiac arrest because of deferred surgeries. She also said that lives may have been lost due to postponed cancer surgeries as well.

No decision on school year yet

Premier Ford says a decision on the rest of the school year has not been made yet. “We really have to monitor distance learning to ensure its effectiveness, I believe students in grades 6 to 12 are getting it,” said Ford.