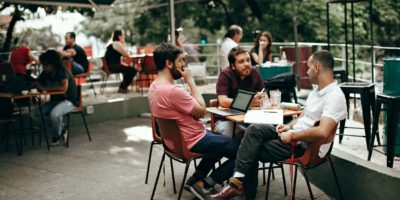 Ontarians will get a glimpse soon into when parks, restaurants and golf courses will begin opening their doors. Premier Doug Ford says they will announce a framework next week to re-open the Ontario economy.

“I want to thank the federal government for partnering with us to help our small businesses and commercial landlords. I look forward to working together to also provide much-needed support to residential renters ahead of May 1,” said Ford.

During Friday’s media briefing, Ford said the province is committing $241-million through the new Ontario-Canada Emergency Commercial Rent Assistance Program (OCECRA). The total amount of provincial-federal relief that would be provided is more than $900-million.

The OCECRA will provide forgivable loans to eligible commercial property owners experiencing potential rent shortfalls. To receive the loan, property owners will be required to reduce the rental costs of small business tenants for April to June 2020 by at least 75 per cent and commit to a moratorium on evictions for three months.

“We’ve reached agreements with all provinces and territories to lower rent by 75% for small businesses that have been affected by COVID-19 for April, May, and June. The government will cover 50% of that reduction, with the property owner covering the rest,” said Prime Minister Trudeau Friday.