An Ontario Provincial Police Officer is in stable condition in hospital after being stabbed in the neck north of Belleville.

Our OPP officer from Quinte West Detachment is in stable condition recovering in hospital after being stabbed in the neck near Belleville. Suspect has been arrested. We are supporting our involved members. Thanks to our first responder partners and public for all of the support. https://t.co/iwh4k5HuEk

A shelter-in-place order was lifted after a man wanted in connection with the stabbing was arrested by police around 9 o’clock Sunday morning.

Police spokesman Bill Dickson said the incident began around 1 a.m. when an officer attempted to stop a vehicle in the hamlet of Foxboro, but the two vehicles collided instead.

Dickson said the suspect and officer both got out of their cars and the OPP officer was stabbed.

Police began a search for the 26-year-old suspect.

Residents living in Hastings County, which includes Belleville and Bancroft, were asked to keep their homes and vehicles locked while police searched the area. 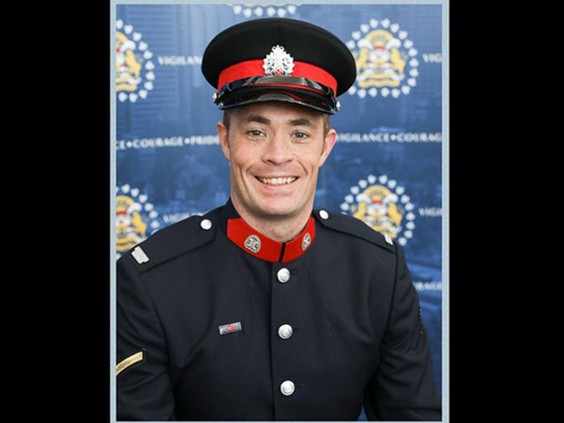