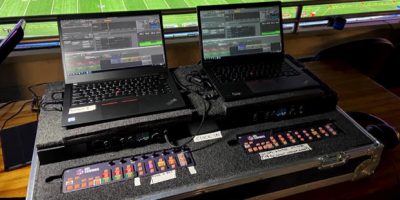 In all of football, there’s nothing quite as exciting as the roar of the crowd … and nothing more unsettling than the silence of an empty stadium.

That’s the situation the NFL had to contend with this season when social distancing limited the number of fans who could attend in person.

Correspondent David Pogue asked NFL Hall of Famer Harry Carson, who played for the New York Giants for 13 years, “Is the sound of the fans something that propels you, or is it something that annoys you?”

“Well, if we’re winning and doing well, it propels me,” Carson said. “If they are calling me names and if we’re losing, then that annoys me. It’s amazing how, you know, the noise really does come into play at some point.”

But on TV – including during today’s Super Bowl broadcast – you’ll hear what sounds like a full-capacity crowd. What you’re actually hearing is sound recorded by the NFL in pre-pandemic times.

Vince Caputo, the head sound mixer at NFL Films, led the development of a portable sound machine. “The system is really basic,” he said. “It consists of a laptop and an audio interface, and a small controller. And we built it into a road case.”

Most of the time, it just produces a dull roar. “Level 1, is what we call a stadium full of people doing nothing,” he said.

The operator can then trigger crowd reactions when something good – or bad – happens.

Long before the pandemic began, Caputo’s team had been recording crowd sounds just to build a sound-effects library. In fact, the team created separate recordings in each stadium.

Laurie Holt, a professor of psychology at Carnegie Mellon University, said, “Humans have been singing for a long, long time on the evolutionary scale. We vocalize together, and sports are one way that that is really realized in today’s society.”

Pogue asked, “Would it be that disappointing to watch the exact same football game without the crowd?”

“I think so,” Holt replied. “Having that kind of sound kind of boosts the kind of camaraderie and tribalism of sports, of feeling like they’re surrounded by many other humans, which is probably something we’re in need of this year.”

Each team has its own local sound-machine operator. At first, it wasn’t all smooth sailing.

“In Week 1, the most glaring thing was operators waiting for the actual result of the play to happen, and firing the reaction,” Caputo said. “So, when that pass is getting close to the receiver, you wanna start cheering then, not waiting to make sure that he catches it.”

Caputo will be one of the two operators during today’s Super Bowl. He showed how he’ll do it, as Pogue offered a play-by-play: “Tie score, the Buccaneers have the ball. It’s fourth and goal. Here’s the snap. Brady falls back … and he’s sacked!! Uh oh, there’s a flag on the play! I feel like the God of Football right now!”

For the Super Bowl, Caputo has added new sounds for kickoffs, punts and extra points. But he’s hoping that today’s game will be the last you’ll ever hear of the NFL’s crowd machine.

“In a perfect world, none of this would be present in next season’s games,” he said. “That’s what we’re all hoping for: full stadiums of people. As fun as this was, there’s nothing that replaces real NFL fans. And if we get to put this thing on the shelf, and never see it again, that’s actually a win.” 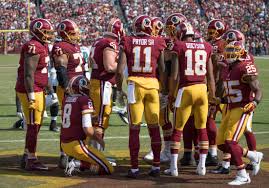