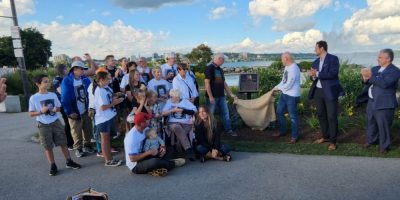 A breezy Wednesday afternoon on Barrie’s waterfront for a plaque unveiling to rename Centennial South Park to Will Dwyer Park.

Dwyer, who died in May at age 96, raised more than $1.2 million for the Terry Fox Foundation over 41 years.

In June 2022, Barrie city council passed a motion to rename the park in Dwyer’s honour.

The unveiling was attended by Fred Fox, brother of Terry, as well as Dwyer’s family and friends. 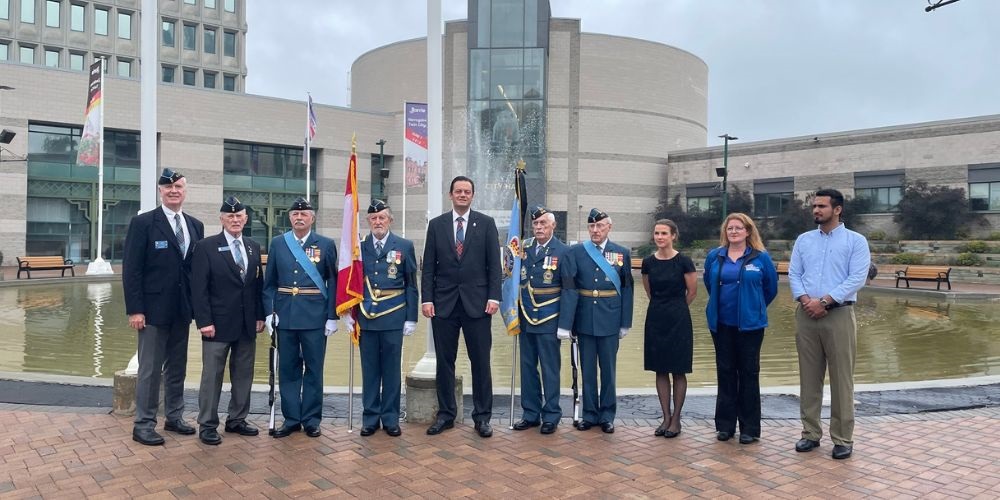