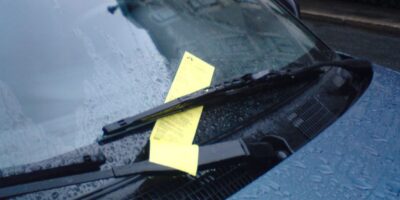 Barrie City Council approved a direct motion on Monday which will allow residents who receive a parking ticket to have it cancelled if they purchase a meal from a Barrie restaurant in an amount equal to or greater than the set fine within five days after receiving the ticket. The individual who got the ticket would need a receipt as proof of purchase.

Councillor Gary Harvey said the idea was suggested to him by a friend who has no connection to the restaurant industry.

He said it’s a different spin on what other municipalities have done in the past, referencing campaigns at Christmas where people can cancel their parking ticket by purchasing a toy of equal or greater value than the set fine.

“It’s a little piece that we can help inject some additional funds into our restaurant industry,” said Harvey. “Especially now that we’re into another lockdown. That’s why I’ve asked for this to run for a period of four weeks.”

The parking ticket campaign would begin on Wednesday and end on May 14.

“In my opinion, this is probably the most effective, simple and direct idea I have seen in six years of council.”

A question was raised about how a person would go about getting their parking ticket cancelled during the lockdown.

City staff explained the individual would scan and email a copy of the receipt to show they had spent money at a Barrie restaurant and that it was within five days of receiving the ticket.