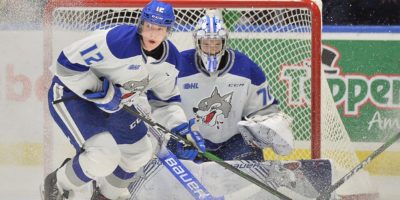 Big efforts in Barrie are nothing new for Matej Pekar.

The Sudbury Wolves forward reminded his old team of that Saturday night at Sadlon Arena.

The former Colt, who was dealt away at the OHL trade deadline, returned to his old stomping grounds in fine fashion, recording the hat trick to lead Sudbury to a key 6-4 win over Barrie.

Trailing 3-0 late in the first, Pekar scored to spark a four-goal Sudbury rally and then capped off his big night with an empty-net marker to move the struggling Wolves four points ahead of Barrie atop the Central Division standings.

“It’s unbelievable,” Pekar said of his big game. “We lost the last three games and we knew this was kind of a playoff game. They’re right behind us and we knew we needed these points badly.

“It’s super exciting I can play in front of my old billets, old friends and all the people that support me in the stands. It’s definitely a good feeling that it worked out this way.”

Colts head coach Todd Miller has seen this all before and is quite familiar with difference maker Pekar can be in big games like this. The Buffalo Sabres prospect had 30 goals in 59 games in parts of two seasons with Barrie.

“He’s such a hard working player and he will not quit on pucks,” said Miller, who suffered his first loss in regulation time since taking over behind the Barrie bench. “That’s who he is and that’s why they picked him up. . . He’s one of those guys, you give him an inch he’s going to take it.”

Blake Murray, Owen Robinson and Kosta Manikis, with the game winner, scored for the Wolves (26-24-1-0), who were without star forward Quinton Byfield after the top NHL prospect injured his wrist in Friday’s 5-2 loss in Oshawa.

Even Vierling, Tyson Foerster, Josh Nelson and Christopher Cameron scored for the Colts (22-22-3-2), who have lost all seven games against Sudbury this season.

After Pekar’s second of the night with just a minute remaining in the second period put the Wolves ahead for the first time in the contest, it only took 31 seconds into the third for Barrie to draw even. Aidan Brown parked himself in front Wolves goaltender Christian Purboo and Cameron’s floater from the point found its way through to make it 4-4.

Sudbury would capitalize on their own floater from the point on the game-winning goal with just 6:42 remaining. Barrie native Isaack Phillips spun toward the net at the point and fired one toward the net that was tipped in front by Manikis.

“Third period, we were coming,” said Miller, whose club still holds two games in hand on Sudbury. “We got our goal we needed to get and to get ourselves in place to get into maybe overtime for sure. It was just a fluky bounce. Weak shot from the point, a little tip on it and it just kind of rolls in. That’s the way it goes sometimes.

“I was happy with (our guys). I told them, ‘You know what, you worked your butts off.’ They’ve been working so hard lately and we’re in every game and that’s the most important. You’re not going to win them all, so as long as they understand that losing is not fun. So I made sure to reiterate that to them.”

Late period goals killed the Colts all night. Pekar and Murray scored a little more than a minute apart with under two minutes remaining in the first, and then Pekar buried his second goal late in the second.

“They were huge,” Pekar said of the late goals in the first. “We got a good bounce there. I got a great pass from Emmett (Serensits) and then (Murray) with seven seconds before the end of the period. It was huge for us and definitely got us momentum back.”

Miller hopes his young team learns from this and moves on.

“We’re just getting back to work,” he said. “We know what we got to do. We’re in every game and that’s all I want from these young guys. They’re going to make mistakes and they’re going to have to understand those, and at the end of a period you got to keep battling and you got to stay on it.

“Goals at the end of both periods just can’t happen. You got to learn from that, learn to buckle down and learn to defend better, especially late in the period.”

Barrie sits third in the Central, a point behind the Mississauga Steelheads and still within striking range of Sudbury with 19 games remaining in the regular season schedule.

“I’m super happy, but we can’t get satisfied,” said Pekar, who has 22 goals this season, six of those in 13 games with the Wolves. “We know Mississauga is right behind us and Barrie is right behind us. We want to make sure we keep second place in the conference and keep playing hard. Be the team that takes the (win) at the end.”

The Colts will have a few days off before a trip south of the border to take on the Erie Otters on Wednesday night. Barrie stays on the road Thursday night to face the Niagara IceDogs, before returning home next Saturday to host the North Bay Battalion.

ICE CHIPS: Foerster now has 30 goals on the season and his 14 power-play goals lead the OHL. .  . Aidan Brown drew an assist to run his point streak (4-11-15) to 10 games. . . Nathan Allensen returned from his five-game suspension. . . Forward Nicholas Porco completed his five-game suspension and will return Wednesday in Erie. . . Sudbury and Barrie games are a reunion of sorts for Barrie minor hockey graduates. Sudbury’s Macauley Carson, Mitchell Weeks and Phillips, along with Barrie’s Foerster, all played for the Barrie AAA Colts. 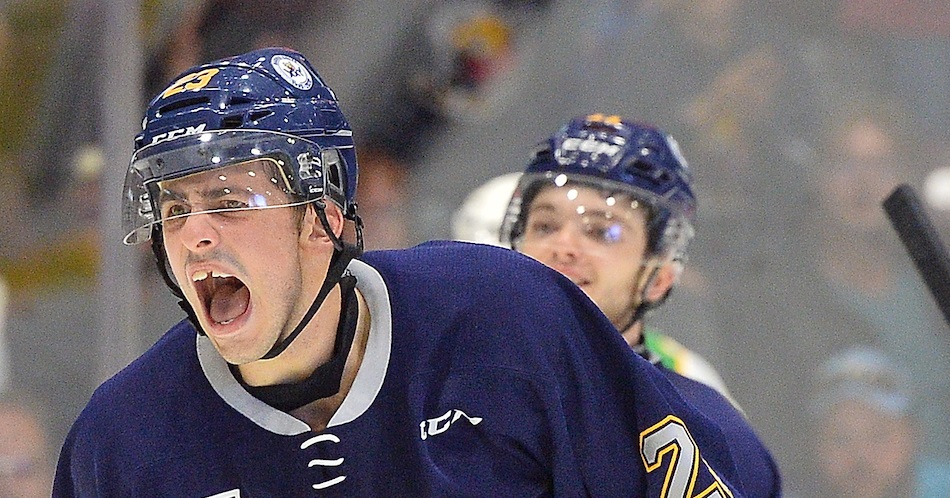