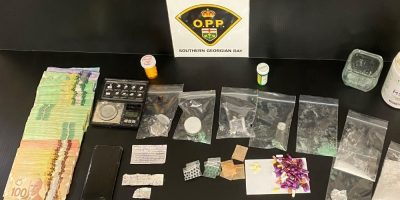 As a result, a quantity of Fentanyl, cocaine, meth, prescription pills along with Canadian currency and drug trafficking paraphernalia was seized.

Two suspects from Midland and one from Christian Island, all in their 30s, face a variety of charges.