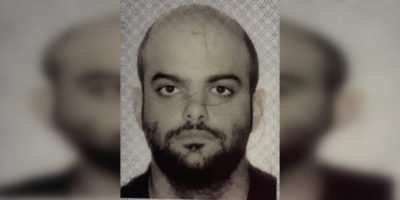 Police are passing out a picture of a man they say tried to pull a fast one at a Barrie bank.

A suspect tried to use a fake ID at a TD Bank branch on Yonge St. at Big Bay Point Rd. in Barrie on Friday. Investigators say he used the phony ID to try and gain access to a bank account that was not his, after claiming he lost his bank card.

The bank wasn’t buying it. Police say the fraud attempted failed, but police still want to speak to this suspect.