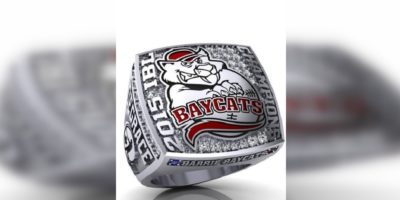 Take me out to the ball game.

The Intercounty Baseball League (IBL) has released a modified 36-game schedule based on a Jun. 1 start date. The Barrie Baycats, six-time defending champs, will launch their season at home against Toronto on Jun. 3.

The pandemic forced the cancellation of the season last year and will be a factor in whether there will a first pitch in 2021.

“We are hopeful that the IBL has baseball in 2021 and we are releasing a modified schedule based on a June 1 start date” said IBL Commissioner John Kastner.

“This is of course tentative and based on a myriad of factors outside of our control including vaccine availability, mass immunization rollout and most importantly restrictions and allowances based on the province’s emergency orders.”

If the season gets the green light, the Kitchener Panthers and Baycats will meet for the first time on Jun. 26 in a re-match of the 2019 final series that saw Barrie win four games to two.

A change this season will see the IBL take on the extra inning rule, where a team goes up to bat with a runner on second base. The rule was implemented in Major League Baseball in the 2020 season.

The newly released schedule can be viewed online.