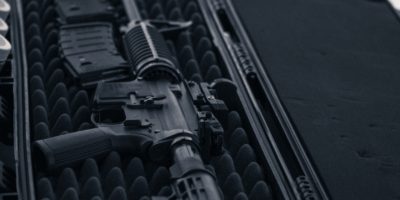 Canada is banning 1,500 assault-style weapons, including the AR-15 and the gun used in the Ecole Polytechnique massacre. “You don’t need an AR-15 to shoot down a deer,” said Prime Minister Trudeau as he made the announcement on Friday.

Trudeau opened the news briefing speaking about the Ecole Polytechnique massacre. “I’ll never forget the moment I heard first reports of a shooting there. “I don’t remember what I was studying at that time, but I was in shock that could happen in our country.” Trudeau says he was at the bottom of the hill to École Polytechnique when it happened in 1989.

Trudeau said Canada is closing the market for military-grade, assault weapons, banning 1,500 models and variants by way of regulations. “They can not be used, sold or imported in our Country,” said Minister of Public Safety Bill Blair.

Blair says this announcement means ending the “militarization of society.” “These guns have no legitimate civilian purpose.” He says the new measures are not meant to interfere with hunting or target shooting, adding that the legislation will be used to bring in red flag laws, storage laws and other measures.

“The Liberals do not respect the democratic role of Parliament”

Conservative leader Andrew Scheer denounced the move. In a statement, Scheer said Justin Trudeau is using the current pandemic and the immediate emotion of the horrific attack in Nova Scotia to “push the Liberals’ ideological agenda” and make major firearms policy changes.

Scheer said the Liberals have made it clear throughout this crisis that they do not respect the democratic role of Parliament.

PM Trudeau says all of today’s plans on banning assault rifles can be done by government regulation only. He says it doesn’t require a new law in Parliament.

There will be a two-year amnesty period to protect law-abiding gun owners from criminal activity until they can comply with the new law. Trudeau says fair compensation will be legislated.

The calls for stronger gun laws comes on the heels of the worst mass shooting in Canada’s history. RCMP in Nova Scotia released a detailed account on April 24 of what they believe happened when 51-year-old denturist Gabriel Wortman allegedly committed killed 22 people. RCMP continue to investigate 16 crime scenes.