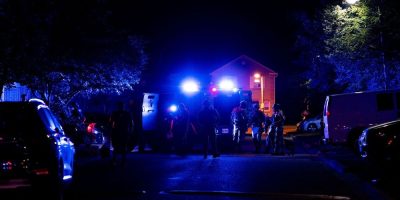 On Wednesday, police announced details of the operation which began in October 2021 when they began investigating a person whom they believed was trafficking drugs. A number of suspects in Brampton and London were identified as being involved in the distribution of cocaine, fentanyl, and firearms. A joint-forces operation (JFO) called Project Monarch was formed, with investigators from York Regional Police, London Police, Homeland Security, the Canada Border Services Agency and was supported by Criminal Intelligence Service Ontario.

As the operation evolved, police say they identified suspects who are accused of illegally importing guns from the U.S. into Canada, and they believe that some illegal firearms were brought through Walpole Island First Nation near Chatham on the border of Ontario and Port Huron, Michigan.

On July 28, Project Monarch wrapped up with search warrants executed at 22 residences, two businesses and 19 vehicles located in Brampton, Toronto and London. The 22-month investigation has resulted in 22 people being arrested and more than 400 charges laid. Investigators seized 27 handguns, 17 prohibited magazines, 300+ rounds of ammunition, nine kilograms of cocaine, 1.5 kilograms of fentanyl, over 20,000 Xanax pills, 28 grams of heroin and 41.5 pounds of cannabis. The total street value of the seized drugs is $1.3 million.

Investigators also seized over $155,000 in Canadian currency and $9,000 in American currency, as well as five vehicles as proceeds of crime.

To view a video highlighting the investigation click here: https://youtu.be/IRYZblgZ4YU