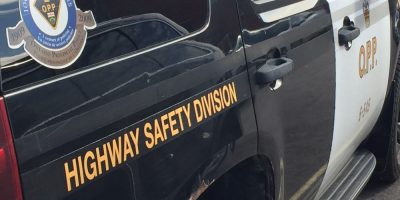 Ontario Provincial Police have appealed for witnesses after a man was found dead this morning on Highway 400 in Barrie. Police say the driver of the vehicle has since been identified.

OPP Sgt. Kerry Schmidt confirms an off-duty officer made the discovery at about 4 a.m. Friday morning. “They saw something on the side of the road and wasn’t quite sure what they saw, turned around and doubled back and discovered it was actually, in fact, a body who was deceased. And obviously, that’s when the investigation really took off,” he told Barrie 360.

Schmidt says the body is that of a Barrie man, aged 27 or 28, who appears to have been the victim of a hit and run. “There was trauma to the deceased. And obviously, we want to know what was the cause of that, and what kind of answers that we can come from that because, obviously, the family has many questions,” Schmidt said, adding it does not appear the man fell onto the highway before being struck, but couldn’t say how he came to be on the 400 in the first place.

Mid-afternoon Friday, police confirmed they have identified the driver involved and have spoken with them. No details on charges were immediately available.