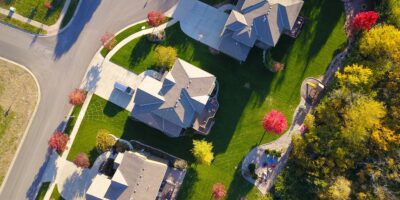 An announcement about the rest of the school year and daycares in Ontario will be made on Tuesday May 19. Premier Doug Ford confirmed the news during his media briefing from Queen’s Park today.

Ford was asked again about small gatherings during this Victoria Day long-weekend.

“You just can’t police 14.5 million people,” said the premier. “It’s tough right now, not seeing loved ones, not being able to hug em, I get it.”

The current rules state that gatherings of more than five people, with the exception of those who live together, are illegal.

“If you’re going to go see your grandchildren or kids, stay outside and have a bar-b-que,” said Ford.

Earlier today Health Minister Christine Elliott said there was a “glitch” in the province’s COVID-19 reporting. That “glitch” meant 87 new cases were missed in Thursday’s update.

“We’ve learned of a small glitch with yesterday’s #COVID19 reporting, tweeted Elliott. “Because of a one-time data upload issue, yesterday missed 87 cases. While they’re captured in today’s update, the real day-over-day numbers are 345 new cases on May 14 and 341 today.”

This long weekend try making my famous cheesecake! I’ve been making this recipe for years and it always brings back good family memories. Show us your #OntarioSpirit and share your baking videos! #cheesecake #washyourhands pic.twitter.com/sfA9K4epki

Friday’s media briefing began with Ford talking about his family’s love of baking and a discussion around food shortages.

Ford was then asked about the government opening up malls?

“They would be packed,” said Ford. “Hopefully in stage 2 or stage 3 we’ll be able to open up the doors.”

Ford was pressed again on the upcoming commercial rent assistance program that the federal and provincial governments are bringing to the table. The program has been criticised because it depends on landlords ‘choosing’ to participate.

Ford says his heart breaks for commercial tenants and he sides with them in their disputes with landlords.

Related: One out of every two independent restaurants across Canada does not expect to survive

The premier asked landlords to “be flexible” and to “take 75%” of the rent being offered. “Give them a break, do landlords think there’s going to be line-up of business waiting to get into their businesses?”

Ford says there are 1.2 million commercial leases, and the program should be rolling out next week.

Restaurants have been pushing for stronger rent relief with one out of every two independent restaurants across Canada expecting to close-up if something doesn’t give.

Ford was previously asked whether restaurants should get a bail out to help them survive? Ford called the rent abatement program “a bailout in itself.”

According to Ontario’s budget watchdog, about one in three workers has been affected by the economic shutdown. The Financial Accountability Office issued a warning on Friday saying that the impacts will be more profound the longer business closures continue.

Financial Accountability Officer Peter Weltman says in all, 2.2 million people have been affected by the shutdown; an estimated 1.1 million workers in the province have lost their jobs, and another 1.1 million have seen their hours sharply reduced.