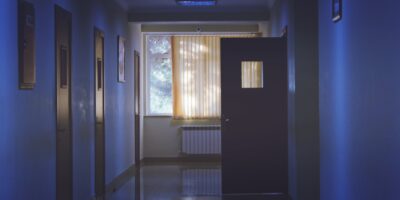 “I will not shy away from the horrors we found,” says Ford. “There will be an independent commission, similar to SARS, independent of the government.”

He says it doesn’t stop there. “We will get reports from the Auditor General, a coroner’s report and possibly a police report….we’re going to fix the problem after decades of neglect.”

Ford says he will not hesitate to remove licenses from operators and residents could be moved to other homes or hospitals if necessary.

The Province has now taken over management of 5 homes named in the CAF report, they are most concerned with. Six teams of two inspectors have been deployed to those homes.

Minister of long-term care Dr. Merrilee Fullerton was asked when those LTC homes were last inspected and if it was done over the phone or in-person?

Minister Fullerton spoke about the complications from COVID-19 and conducting in-person visits, but ultimately did not answer the question.

“Heads should have been rolling for decades,” says Ford. “We’re going to fix these problems.”

Ford says he will testify before the independent commission looking into long-term care if called to do so.

The premier says the military will stay at long-term care homes until at least June 12.

Ford’s announcement comes a day after a scathing CAF report on what’s happening inside some of Ontario’s long-term care homes.

Lifting restrictions up to each region in Ontario

Ford was also asked about lifting restrictions regionally. Ford says it’s up to the 34 medical officers of health in Ontario to make those decisions.

Ontario has extended its COVID-19 emergency orders until June 9. That means playgrounds, public swimming pools remain closed. Restaurants (except takeout & delivery) and bars will remain closed as well and social gatherings are limited to five people.