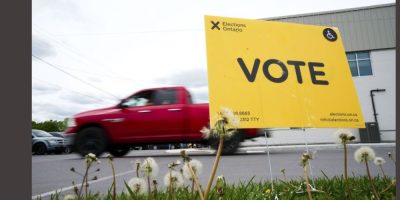 Doug Ford and the Progressive Conservatives sailed to a second majority government Thursday, kept afloat by an electorate unenthusiastic about change, and a decidedly safer, less flashy campaign than when he burst onto the Ontario political scene four years ago.

This campaign lacked the pizzazz and bombast of 2018, with buck-a-beer promises traded for more staid infrastructure plans.

Promises of new highways and hospitals centered Ford’s “get it done” pitch, seeking to turn the page on the pandemic by building the economy, though his budget-turned-platform didn’t contain much else in the way of new pledges for the next four years.