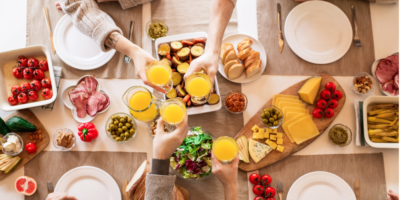 The Province of Ontario has revised its COVID-19 guidelines to allow for the creation of social circles of no more than ten people. These circles can include loved ones outside of your household.

No need for physical distancing in your social circle

“A social circle is made up of family and friends you could interact with without the need for physical distancing,” said Health Minister Christine Elliott during Friday’s update. She went on to say the people included in our social circles are those we could touch, hug, or generally be in closer contact with. Elliott adds members of this circle should not include those who are already part of another.

Minister Elliott points out this is above and beyond the province’s earlier announcement that expands gatherings of people from five to ten, saying those gatherings still require folks to follow physical distancing guidelines.

An online guide has been set up to aid Ontarians in forming their social circles.

“The social circle police aren’t going to be knocking on your door, we trust you’re going to be doing the right thing, and follow the protocols,” said Premier Doug Ford. “It goes back to why we’re at the numbers we’re at, is because the vast majority have been following the protocols.”

This comes not only on the first day of the province’s Stage 2 of reopening the economy but also on a day when health officials announced a new one-day testing record. More than 28,000 COVID tests were run in a single day with a majority coming back negative.

While many did have a negative result, the province announced there were 183 more positive tests across Ontario, a low we’ve not seen since late March.