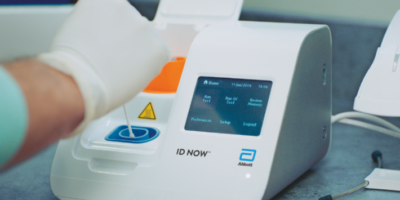 Queen’s Park is rolling out some 98,000 rapid COVID-19 tests across the province, something being called a “game changer” by the premier.

The Ontario Government announced on Tuesday, it was deploying these new tests in regions of high transmission as well as rural and remote areas. Rapid tests will also be used to screen staff in long-term care homes and select workplaces.

“These new rapid tests are gamechangers in the fight against COVID-19,” said Premier Ford. “This new technology can provide test results in hours, even minutes, instead of days. We’re deploying them as quickly as possible to protect patients, long-term care residents, and the frontline heroes who care for them. These new tools will ensure that Ontario remains the leader in testing in Canada to help stop the spread of this deadly virus.”

“The individuals who are getting tested can get results in about an hour, I believe,” said the Simcoe Muskoka District Health Unit’s Dr. Charles Gardner. “People can be waiting two days or so for results. If you were able to get your result in an hour and we were told of it within the day, we can move on it that much more quickly. It would be that much less delay for potential for transmission.”

While Simcoe and Muskoka are set to receive some of the thousands of rapid tests, Dr. Gardner couldn’t confirm when or how many should be expected.

Tuesday’s announcement indicated Ontario has received about 98,000 of these tests from the manufacturer ID NOW. The province has also received 1.2 million Panbio rapid antigen tests that will support a screening program for long-term care homes and other workplaces.