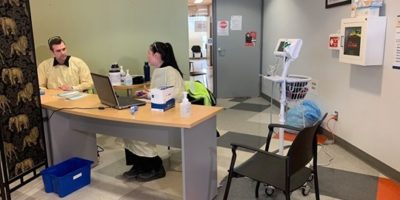 As the number of new COVID-19 cases continues to spike, Premier Ford warned on Wednesday there will be severe fines for people who want to ignore regulations and guidelines. He said they are going to be the highest in the country.

While Toronto, Peel and Ottawa have been hot spots, there has also been a steady increase in cases in Simcoe Muskoka, in particular in Barrie. On Tuesday, local medical officer of health Dr. Charles Gardner advised people to stick to their own household for close contact and to limit social gatherings to groups below 10.

Provincial health officials have blamed most of the increase on people attending large social gatherings.

There were 315 new cases of COVID-19 reported in Ontario on Wednesday, and eight new cases in Simcoe County, six in Barrie and two in Bradford.

The premier confirmed he would meet with his cabinet on Wednesday and has held talks or will be with mayors in Toronto, Brampton, Mississauga and Ottawa.

Ford told reporters he hoped he could release details about fines on Thursday.

Barrie Mayor Jeff Lehman said he would certainly support some of those initiatives.

“I understand the reduction potentially in these gatherings, especially indoors, and some greater consequences for those who continue to break those laws.”

While the mayor noted that locally Barrie’s numbers are a lot better than many of the hot spots, he said they are going up and it is a cause for concern. He said the province has heard the chief medical officer of health in Simcoe Muskoka say that social gatherings are a big piece of that.

Lehman has not talked directly to the premier. He believes Ford has been in more regular contact with some of the mayors of the cities where they are seeing double-digit increases every single day.

“We hope to never get there,” said the mayor. “But that really depends on all of us, as it has from the beginning of COVID.”

Ford was also grilled about long line-ups at COVID-19 testing centres, with waits of six to eight hours in places like London, Ottawa and Toronto. Barrie 360 was told the wait times were up to two hours at Royal Victoria Regional Health Centre and at a site in the City’s south end.

“We are going to have more testing areas than anywhere in the country, bar none. Not a couple of hundred, a couple thousand additional testing areas to make it convenient for people.”

Ford rejected a suggestion that his goverment was caught off guard with the surge in people seeking to be tested for COVID-19.

He said “the province is going to ramp up the testing like you have never seen before.”

At the media briefing, Ford also unveiled a new interactive screening tool for students, parents, and staff to help them determine whether they should attend school each day.