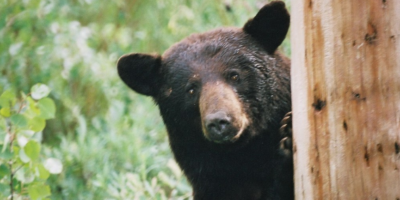 A regular Ontario spring black bear hunt is back in Paul Mullin’s sights.

“What you’ve got now is an over-abundance of bears,” said Mullin, a hunter for 60 years. “When you’re in the bush, you can see exactly what is happening. The more bears there are, the more food that’s necessary. Throughout the areas where bears are known to populate, you see them now getting in among the civilians, and (their) food sources.

“Picture a bear like a fisherman,” said Mullin, 81. “The fisherman knows where to go to catch fish every day. He knows there’s going to be a school of fish there. He’s going to go back to that same spot. The bear is a creature of the same habits.”

A member of the Barrie Hunters and Anglers Conservation Club, Mullin said the black bear population is also affecting other wild animals.

“Bears now, it’s got to the point, that they’re following moose, waiting for her to drop the calf,” he said. “Once they drop the calf, the bear moves in and removes the calf.”

After doing away with the spring black bear hunt, the province re-introduced it through a pilot project in 2014. It has continued each year and now the province proposes to make it a regular, annual spring hunting season – subject to annual review, by the Ministry of Natural Resources and Forestry (MNRF).

This would include keeping all protection for Ontario black bears in place; it would remain illegal to harvest black bear cubs and females with cubs in the spring, which carries a maximum fine of $25,000 and a year of imprisonment.

The province would also reduce the bear hunting season in the Bruce Peninsula, where populations are declining.

“And if there’s an over-harvest of bear, I would definitely cut it off in areas that were being over-harvested,” said Mullin, a former Toronto police officer.

A regular spring black bear hunting season is also important for outfitters, as well as other businesses in these areas, and the tourism industry there. “I don’t know why, but Americans are big into bear hunting,” he said.

Mullin has mostly hunted bears during fall and spring in the Sundridge area, off Highway 11 and north of Huntsville, and has harvested 20. He prefers the taste of spring bear because there’s less fat after a winter of hibernating. An adult bear can weigh 400-500 pounds, usually in the fall after eating for six months.