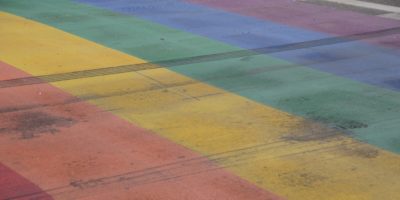 Barrie City Hall planned for the worst in preparing the Rainbow Crosswalk.

When city staff were tasked with installing the LGBT symbol at Barrie’s waterfront, it did a little research first. Director of Roads, Parks, and Fleet Dave Friary says it was found that other municipalities with rainbow crosswalks also experienced a level of vandalism. Knowing this, the city opted for the most durable product on the market.

Despite being a durable paint job, Friary says City Hall is apprehensive to power wash the skid mark away; doing so could reduce the crosswalk’s overall life span, and cause the rainbow colouring to fade more readily.

Friary says rain on Monday evening has already washed away a bit of the damage, while the site will be monitored and reevaluated early next week. If required, the crosswalk will undergo light cleaning during the overnight hours so as to not disrupt traffic.