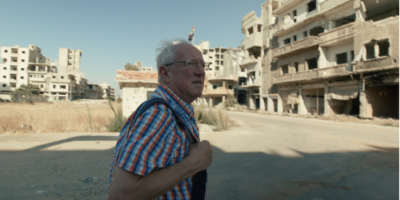 This is Not a Movie

Do you remember the moment you decided what you wanted to do with your life? That “ah-ha” moment that would set you down a path to which you wouldn’t stray? Many of us can’t pinpoint an exact influence, book, film, or person, but for legendary reporter Robert Fisk, it was the moment the credits rolled after Alfred Hitchcock’s The Foreign Correspondent.

Inspired by the exploits of the main character, Fisk would thrust himself into the world of foreign journalism with the dream of re-living the adventure and intrigue of the main character. Though what began as youthful excitement would yield to an experienced thoughtfulness that makes Fisk such an interesting figure to watch.

This is Not a Movie follows Fisk as he travels through Syria, notebook in hand, documenting Middle Eastern politics for The Independent, as well as flashbacks to his earlier career at the London Times. However, the physical war that Fisk is witnessing is only a backdrop to the main narrative of the film, a second war, a war for truth.

In a world of so-called fake news and post-truth, This is Not a Movie is an incredibly relevant take on the importance of searching for the truth and questioning authority. Fisk reflects on many things from the importance of proximity to a story to even simple vocabulary changes. Why do reports say “the two sides clashed”? Fisk insists on using actual and absolute terms like kill to shorten the gap of understanding of what is actually happening.

In terms of filmmaking, nothing in particular about the cinematography or camera work jumps off the screen but the scenes and imagery (particularly of the war) have more than enough visual allure to hold a viewer’s’ attention. It’s odd, but Fisk is a man who simultaneously looks out of place and right at home. From moments of chaos to the hushed calm of a battle’s aftermath, sometimes it’s hard to tell if Fisk is a journalist or a guerilla fighter exploring the shattered ruins of Syrian society.

This is Not a Movie is an important film and one that fits perfectly in the political and social climate we find ourselves in. Fisk believes in holding people accountable and strives for a world in which “We didn’t know, no one told us” is not a valid excuse. Sometimes we are powerless to effect change and you can’t always win but if we stop fighting for the truth, you are guaranteed to lose. In Fisk’s own words: “Sometimes the torture stops, sometimes the cell door opens”. 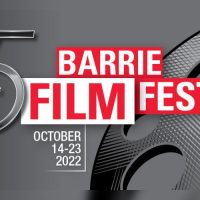