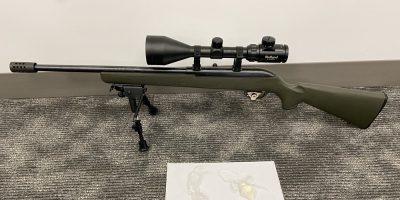 At about 9:30 a.m. Sunday, Barrie Police got the call of a vehicle missing its license plates, in the area of High and Park Streets. Officers tracked down the vehicle and pulled it over.

The woman behind the wheel was already wanted on several arrest warrants from both Barrie Police and the OPP, and was arrested on the strength of those warrants. Police say a search of the vehicle also turned up some cocaine and meth, along with an open bottle of alcohol.

On the passenger seat, police say they found an unloaded .22 calibre rifle. On top of all this, the vehicle was allegedly taken without consent.

A 31-year-old woman of no fixed address now faces 14 criminal charges, including drug possession and driving with a suspended license.