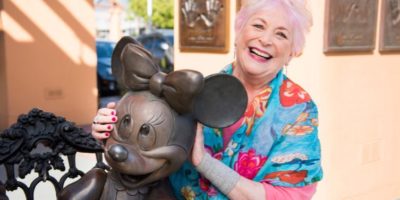 Russi Taylor, the voice behind Disney’s Minnie Mouse for over 30 years, has died, Walt Disney Company said in a statement on Saturday. She was 75.

“Minnie Mouse lost her voice with the passing of Russi Taylor,” said Disney CEO and chair Bob Iger. “Russi will be sorely missed and our hearts go out to her family and friends, along with our deepest condolences.”

The cause of death was not released.

Taylor’s late husband, Wayne Allwine, was the voice behind Mickey Mouse starting in 1977 until his death in 2009. According to Disney, Taylor said she wanted “whoever comes after us to be aware of the history and the tradition and to love the characters as much as we do.”

Sad news just happened. Minnie Mouse’s voice actress Russi Taylor sadly passed away at 74. And the last thing we heard from her was this amazing song she sang to Mickey. Now she’s up in heaven with Wayne singing their hearts out together!🐭🎀 pic.twitter.com/R07o9PlH3E

Taylor was born in 1944 in Cambridge, Massachusetts. According to Disney, she was a young girl when she walked up to Walt Disney and told him she wanted to work for him one day.

Taylor beat out over 200 hopefuls in her 1986 audition for Minnie Mouse, the company said.

Taylor also served as the voice of Pebbles Flintstone and Martin Prince and twins Sherri and Terri on “The Simpsons” and “The Simpsons Movie.” She also lent her voice to “Ducktails,” “The Smurfs,” “Muppet Babies,” “The Critic” and others.