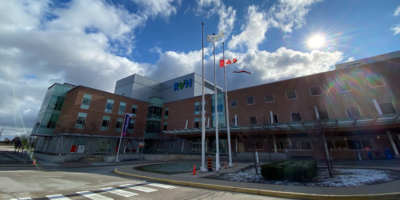 One of three outbreaks at Royal Victoria Regional Health Centre (RVH) has been declared over.

The hospital announced Tuesday afternoon it has reopened its Integrated Stroke and Rehabilitation Unit after the local health unit agreed the outbreak has come to an end. The unit is open to transfers and new admissions.

However, outbreaks remain in two units – the Transitional Care Unit and the Specialized Seniors Care Unit. RVH reports there were eight patients and nine staff who tested positive in the former, and three patients in the latter. Both units are closed to new admissions. All patients in these units have been swab tested, are safely isolating in their rooms, and are being closely monitored.