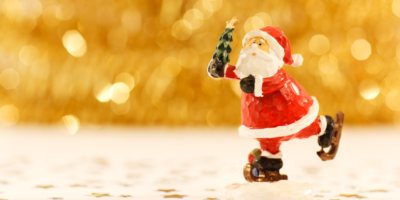 As promised, the Barrie Chamber of Commerce has some holiday cheer in store for us this year.

The Chamber previously announced it would not be able to put on a Santa Claus parade this year, as it has traditionally done, due to time constraints brought about by the pandemic. While the province has removed restrictions that would have prevented a parade, there was little time to organize one.

Instead of going downtown this year, the Chamber says Kris Kringle is coming to you. On November 20, Jolly Ol’ Saint Nick will visit different neighbourhoods through Barrie. This will give local families the chance to see him in person while keeping a safe distance.

After travelling through the city, Father Christmas will head to a special Open Air Dunlop in downtown Barrie to help kick off the city’s Noella Festival. Père Noël will be available for socially distanced photos with family after the ceremony.

The Downtown Barrie BIA is organizing the Noella Festival and will hold a special one-off Open Air Dunlop on November 20 for the kick-off. Activities include live music at Meridian Place, hot cocoa and a winterized patio, decorated window displays, and a Rotary Festival of Trees at nearby Heritage Park.

Following the Noella Festival kick-off on November 20, Sinterklaas (it’s Dutch, look it up) will be making visits to various neighbourhoods in the city. He’ll be chauffeured around on an antique firetruck. Visit the Barrie Chamber of Commerce website to find out when he’ll be swinging by your neck of the woods, before his big ride on December 24.