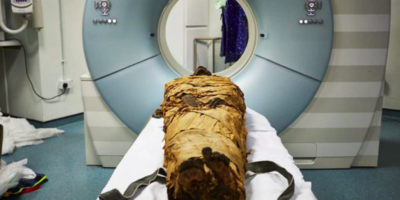 Nesyamun was an ancient Egyptian priest who sang chants as part of his ritual duties at the temple of Karnak in Thebes during the reign of Pharaoh Ramses XI. Now, 3,000 years after his death, scientists have recreated the sound of his voice, with the help of a 3D-printed vocal tract.

The mummy of Nesyamun, which can be found in the Leeds City Museum in England, was first unwrapped in 1824. Subsequent studies determined he had died in his mid-50s with no damage to the bones around his neck.

Nesyamun’s coffin inscriptions showed his dying wish was to be able to speak after his death, making him an ideal subject for this study, which was published Thursday in the journal Scientific Reports.

According to the study, the exact dimensions of an individual’s vocal tract produce a sound unique to them. Nesyamun’s voice could be synthesized using non-destructive CT scans, 3D printing and an electronic larynx.

An accurate replica can only be created if the soft tissues are well preserved, which scientists found was the case here. However, only a single vowel sound could be created through this technique — not running speech.

Listen to it below:

In 2016, the mummy was taken to the Leeds General Infirmary to undergo a CT scan. Researchers were able to gather the necessary measurements to reproduce the vocal tract, which runs from the larynx (also known as the voice box) to the lips.

Researchers were then able to create a 3D-printed airway and connect it to an artificial larynx to reproduce a single sound, reminiscent of the “ah” and “eh” vowel sounds heard in the English words “bed” and bad.” Future research may lead to the recreation of a string of words and possibly full sentences.

“It has been such an interesting project that has opened a novel window onto the past and we’re very excited to be able to share the sound with people for the first time in 3,000 years,” Professor David Howard, who co-authored the study, said in a statement.

The findings represent the first time the technique for reproducing vocal tracts have been successfully used on a dead person. While the sound produced is not the mummy actually speaking, the researchers say is the same sound his voice would have made.

For now, the sound will likely be added to the mummy’s exhibit at the Leeds City Museum, where it has attracted visitors for nearly 200 years.

“Ultimately, this innovative interdisciplinary collaboration has given us the unique opportunity to hear the sound of someone long dead by virtue of their soft tissue preservation combined with new developments in technology,” said co-author Professor Joann Fletcher.

“While this has wide implications for both healthcare and museum display, its relevance conforms exactly to the ancient Egyptians’ fundamental belief that ‘to speak the name of the dead is to make them live again.'”

banner image: the mummified body of Nesyamun laid out to be CT scanned at Leeds General Infirmary via Leeds Teaching Hospitals/Leeds Museums and Galleries 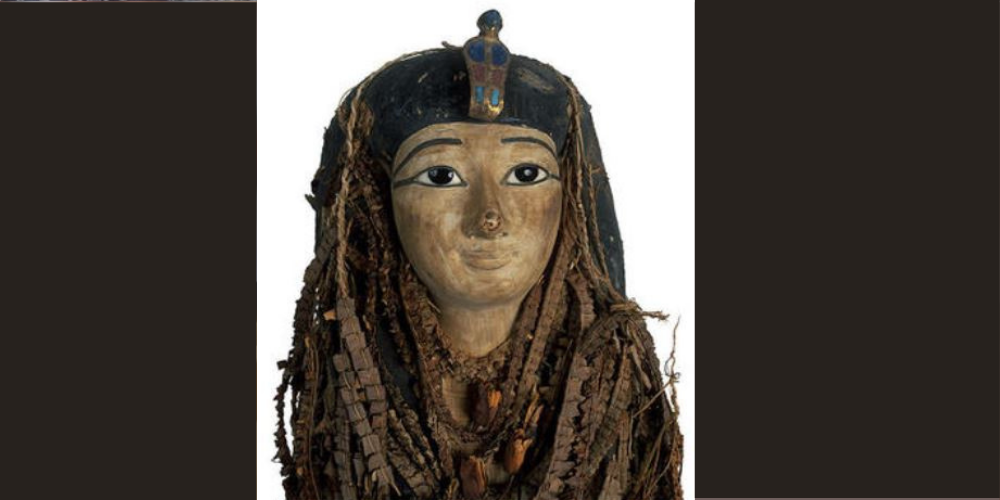