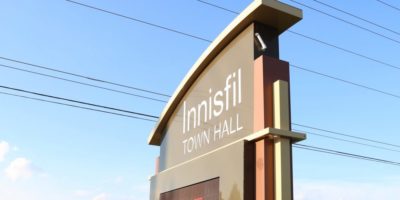 Innisfil is giving everyone a chance to say “humbug!” to parking tickets.

For the fifth year in a row, the Town of Innisfil is launching its Scrooge the Ticket campaign, allowing residents to pay for recent parking tickets with the donation of a toy, gift card, or non-perishable food item. The campaign gets underway today, and runs until December 2nd, benifiting the Innisfil Food Bank at the Innisfil Community Church.

“This is now a well-known campaign within the community, and we are thrilled to be offering it again, “said Innisfil mayor Lynn Dollin. “No one ever wants to see a ticket placed on their dashboard but giving residents the opportunity to turn that ticket into a donation for community members who are in need makes it just that much better. This is what the holiday season is all about, giving back.”

Residents who want to pay for their ticket via donation are asked to do so in person, at Innisfil Town Hall at 2101 Innisfil Beach Road, no later than 4:30 December 2nd. The donated item must be of equal or greater value than the parking ticket, with a receipt to prove it.