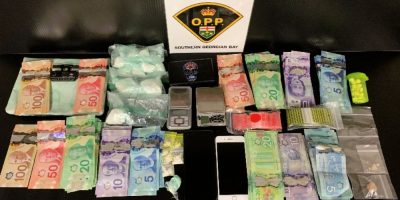 An ongoing drug investigation by Southern Georgian Bay and Orillia OPP resulted in the seizure of drugs, money, and stolen property.

OPP say a search warrant was conducted on a Talbot Street residence in Port McNicoll just before 6:00 p.m., on Thursday.

Police say a 29-year-old Tay Township man and a 22-year-old Barrie man have been charged with drug-related offences and possession of property over $5,000.

OPP say the accused males were released on recognizance to appear in Ontario Court in late February.