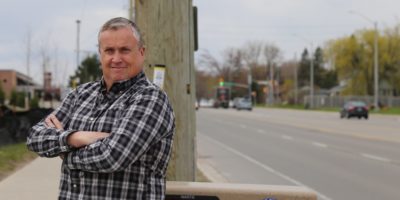 Barrie Councillor Doug Shipley says he will likely step away from the council table while he pursues federal aspirations, but couldn’t say when.

The Ward Three representative was on Friday given the nod to run for the Federal Conservatives in the Barrie-Springwater-Oro Medonte (BSOM) riding. In order to campaign, Shipley says an unpaid leave of absence is his best option. “I think it’s prudent that I would take a leave of absence once it gets closer to the election. I haven’t determined an exact date yet, but I would take a leave, and it would be an unpaid leave. I would make sure no funds are going towards me.”

What does that mean for the residents of Ward Three? Shipley says others have stepped up in the past. “Last time it happened, council stepped up. Councillor Prowse stepped aside for his CAO position, and I actually filled in and helped him out. When Councillor Brassard stepped aside others helped with his work. I would hope some councillors would do that for me. I have already spoken with Mayor Lehman, and he definitely said he would help out a bit.”

Shipley got the nod Friday, while he joins the NDP’s Dan Janssen in vying for the BSOM seat. A candidate for the Green Party will be chosen at a June 19th event in Barrie. No Liberal candidate has been named yet.