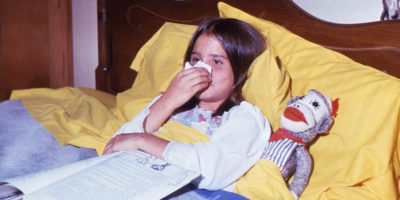 With the arrival of sweater weather comes the looming cold & flu season.  The two illnesses come with their share of irritating issues, but they aren’t the same, and there’s often confusion on what to do and where to go when sick.

Mike Benufic with the Simcoe Muskoka District Health Unit says the flu will bring on a sudden fever, body aches, cough, and can last up to a week. Often you will feel weak even after the main symptoms have passed.

Meanwhile, the cold comes on gradually and brings on a runny nose, sore throat, sneezing and cough.

These are viral illnesses that antibiotics won’t be helpful with. Benufic says,”Antibiotics can actually make you feel worse by causing diarrhea or allergic reactions.”

The good news is that these illness usually go away on their own; however the flu can cause more severe illnesses in the elderly, very young or those with conditions like diabetes, and lung or heart disease.

If this is the case you should go to the Emergency Room or Urgent Care Clinic. If you aren’t sure what to do you can always call Telehealth at  1-866-797-0000 to get advice from medical staff.

Kids are notorious for getting sick in the winter months, runny noses and sneezes go hand in hand with the Canadian climate, but when are they too sick for school?

That’s up to you, Benufic says. Obviously if your child has influenza it make sense to stay home.

Colds can be more difficult as it is so common. He adds, if your child is very tired and won’t benefit from school because they feel awful, then of course; “keep them home.”

However if they’re a bit sneezy and have a runny nose but otherwise okay, Benufic says it should be fine for them to go to school and daycare as long as the providers are okay with that.

In the meantime, it’s important to teach them to wash their hands regularly and sneeze into their elbow.

In the end it up to parents discretion.

More information about the cold and flu can be found here