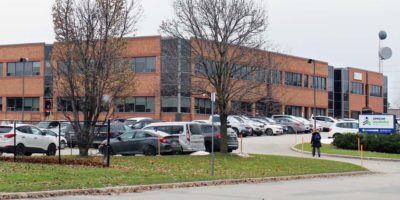 As part of widespread government shakeups, the Simcoe Muskoka District Health Unit will soon no longer exist as we know it.

The local Heath Unit confirms it will disband next April, as the province streamlines medical services. Medical Officer of Health Dr. Charles Gardner says until then, the same services will be provided, but who pays for it may change. “The Province certainly has stated its expectation that we would continue our full slate of services. They are also simultaneously shifting more of the burden of funding onto municipalities, and they will continue to do that for the next three years.”

Gardner says the province is downloading costs to municipalities, meaning for some hard choice for the Health Unit’s Board of Directors. “Our Board will need to look at the details of that funding shift, and grapple with the question of how to manage it. They will grapple with the question of whether they will increase the levy to our municipalities now, or at the beginning of the year to come, in order to manage the difference, or if they will take another approach.”

Barrie’s Deputy Mayor, Barry Ward, says this is demonstrative of the current Ontario administration. “It’s very disturbing. It’s definitely a trend that we’re seeing with this provincial government. They’re going to try to balance their budget by shifting costs onto the property tax payer.” He adds when a province downloads services to the municipal level, it means something else has to give. “People say ‘well, it’s all the same taxpayer’, but cities only have one main source of income and that is property taxes. It’s not like the province that has multiple sources of taxes. We run a balanced budget, we’re required to run a balanced budget. So when we’re asked to come up with more money, it doesn’t mean we’re eliminating a deficit, we’re just cutting more services to do that.”

The Simcoe County portion of its coverage area will be folded into that of York Region, while Muskoka operations will merge with several others in northeastern Ontario.