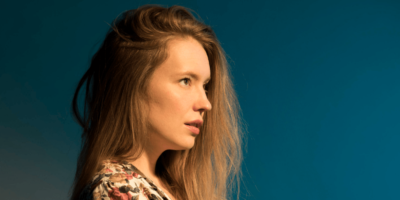 Skye Wallace returns to Barrie in support of her new self-titled album. The June 1 concert is part of a tour that will see her performing mostly Ontario dates including a CD release party in Toronto, June 8.

The last time she was here, it was five months ago, for Barrie’s Downtown Countdown, Dec. 31.  It was raining

“It was pretty dicey weather out there,” she recalled. “We had a great time. It was so much fun.”

The new record, Wallace’s fourth album, is the truest to her current sound, rock music. It is a sound that began with her east coast roots and led to classical singing lessons, a discovery of punk music in her youth and then folk-inspired songwriting.

Rock music is a direction she wanted to move into for a while now.  The songs that have emerged from her creative process have been rock, a move that started with her last album,  Something Wicked.

“This record we’re about to put out, all the songs are inspired by the stories of women I’d heard about in the two residencies in Newfoundland and Dawson City, Yukon,” she said, citing stories of women in the 1930s. “I wanted to do it in the way of a full-rock song, breathing life and aggression into them.”

Her second single, There is a Wall, is one example of it. Part anthem, it’s a song of empowerment lamenting the glass ceiling and the frustration of women trying to change history. It won two awards, in the Best Rock and Best Overall categories during the Yangaroo Music Indie Spotlight at this year’s Canadian Music Week festival. A panel of industry judges picked the best songs in each category – Rock, Pop, Hip Hop/R&B, Country, and Overall – from 200 submissions.

Wallace has a diverse musical nomadic background that has roots in Newfoundland, where her mother’s family is from. She has lived in many places across the country and is currently based in Toronto.

Wallace started out with classical voice when she was eight years old and spent eight years in an extra curricular program that included a variety of musical genres from operettas to musical theatre. The technical training she received, learning the different ways of singing all the music, served as a foundation, and opened her up to playing with the sound of her voice.

Today, after a year of playing live with her band, her sound has gelled and she’s feeling good about it.

“We’ve become this awesome, unified sound I’m really stoked on – stoked for the one-two punch of the live and the recording, being this cohesive whole,” she said.

Wallace is touring in support of one of her favourite bands, Lowest of the Low, and will be appearing at Mavericks Music Hall, 46 Dunlop St. W., Barrie, June 1 at 8 p.m. For tickets, click here