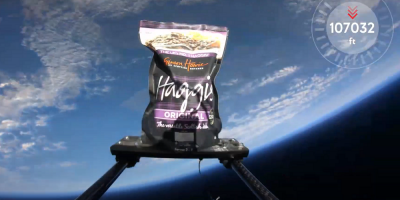 It’s being called a first: a Scottish butcher has sent a bag of his own haggis into space.

Perthshire, Scotland-based Simon Howie Butchers claims it is the first to send a bag of haggis into the stratosphere. There are thus far no challengers to that claim.

The historic launch took place as Scotland marks Burns Night, an annual celebration on or around January 25. The day celebrates the contributions to Scottish culture made by the poet Robert Burns, born January 25, 1759. Burns Night has been a regular occurrence in Scotland since it was first marked in 1801, five years after Burns’ death. A Burns Night is typically celebrated with a meal consisting of haggis and other Scottish staples.