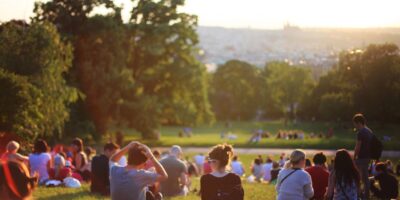 The province has revealed its plans for the next phase of reopening Ontario’s economy.

Regions that will not enter Stage 3, for now, include Toronto, Peel, Durham, Hamilton, and York.

Stage 3 reopening means the resumption of indoor dining at restaurants and bars, the opening of gyms, and increased social gathering sizes.

“Individuals will still be required to maintain physical distancing with people from outside of their social circles,” said Health Minister Christine Elliott

“Social circles will not be expanding, they will remain at 10 for now, but they could be expanded as time goes on,” she added.

And a two-metre distance must still be maintained at those types of events.

The province is only allowing nightclubs to open “for the purpose of serving food or drinks,” and not dancing.

Child care centres will be permitted to operate with cohorts of 15 children by July 27, which is an increase from the current cap of 10.

Ford said “high-risk” activities and places like amusement parks and waterparks won’t be allowed to reopen, even if a region has entered Stage 3.

However, Ford also said waterparks and banquet halls “with safe reopening plans,” may be allowed to reopen under a modified plan.

“That decision will be made by the chief medical officer,” Ford added.

The province is allowing team sports to resume, as long as organizers can avoid “prolonged or deliberate contact.”

This means amateur and recreational sports leagues can resume with no more than 50 participants in total.

However, you could divide into smaller groups of no more than 50 if numbers exceeded that. Players are not yet permitted to play against players outside of their league or group.

You can see the Stage 3 plan in its entirety here.

The spread of COVID-19 continues to slow in Ontario, with 116 newly confirmed cases reported on Monday, as 29 of Ontario’s 34 public health units reported five or fewer additional cases, while 21 of those 29 confirmed no new cases at all.