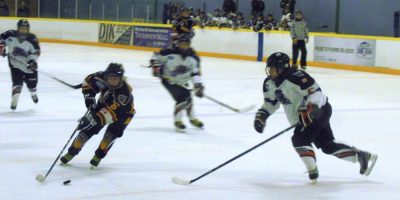 “In a season unlike any before, we couldn’t be prouder of how our players persevered and worked harder than ever.”

Ten Sharks players, graduating from high school, will continue their education and hockey next fall at universities and colleges in Canada and the U.S.

“These commitments demonstrate the strong character and work ethic of our players,” said Jr. Sharks General Manager, Ted Dean. “This isn’t just the result of dedication on the ice, these players all excelled in the classroom as well – a remarkable achievement while succeeding in sport at an elite level.”

Barrie Women’s Hockey Association President Rob Whitehead thinks these players reflect the commitment and work ethic of those who shape the Barrie Jr. Sharks program. “I congratulate our players for attaining their goal of continuing their educational and hockey pursuits at a higher level after graduation, and also our Head Coach Ed Mauro and General Manager Ted Dean for the successful program they have built,” said Rob Whitehead. “Ed and Ted worked tirelessly this season to promote our players and to connect them to college and university programs across Canada and the United States.