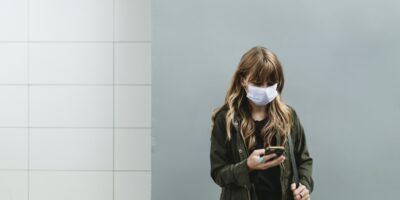 The app will use bluetooth technology, easing some privacy concerns around geotagging.

“At no time will personal information be collected and shared and no location services will be used,” Prime Minister Justin Trudeau said on Thursday from Rideau Cottage.

“I want to stress that this will be completely voluntary. It will be up to individual Canadians to decide whether to download the app or not. But the app will be most effective when as many people as possible have it,” Trudeau said.

The COVID Shield app was developed by Shopify, Blackberry and the Ontario government and uses software developed by Apple and Google.

Apple and Google made software changes allowing the app to work in the background of smartphones.

“This means you don’t have to do anything else, just download it,” Trudeau said.

The Prime Minister said the national database will have randomized codes associated with the app.

“We will begin testing the app in Ontario before a national rollout,” said Trudeau.

“A number of province’s are moving forward with the app … we need the provinces to work with us, it’s a tool that works much better with everyone onboard,” Trudeau said.

Last month, the minority Liberal government said it preferred to recommend one app to all Canadians.

Tech giants Apple and Google teamed up to create bluetooth software that notifies people who were possibly exposed to the virus.

Apple and Google developed the software, but public health agencies around the world are developing their own apps to use the software with.

If you receive a positive COVID-19 test, a healthcare provider will then registered the results in a national database and those who have been in close contact will then be notified by the app.

Contact tracing is currently being done over the phone. Trudeau said that will continue. “This is just an extra measure,” he added.

The contact tracing app will be available at the beginning of July.