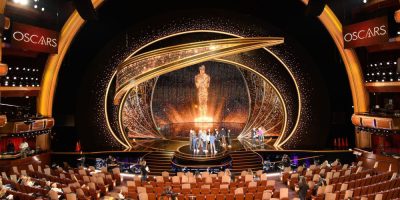 After going host-less for a few years, The 2022 Oscars will return again with someone having hosting responsibilities.

For the last three years, The Oscars have gone forward without a host, but this year it looks to be returning to normal. Back in 2019, Kevin Hart was supposed to host the Academy Awards but stepped down from the position after people discovered some old offensive tweets (he’s a comedian though right?). After deciding to air without a host that year, the Academy continued with no host for another 2 years. Time slots normally reserved for the host were just replaced with musical performances and more time for presenters.

However, the head of ABC and Hulu, Craig Erwich, recently announced that the 94th Academy Awards will once again have a host. While they didn’t announce who exactly will be hosting, maybe they’ll throw it back to Jimmy Kimmel, who was the last person to host the Oscars in 2018.

Nominations for the show have also not been announced yet, but you can expect to see them sometime in February. The favourite to clean up this year is The Power of the Dog which took home the most awards at the Golden Globes too. It’s a western drama directed by Jane Campion. It also might be the most incredible Benedict Cumberbatch performance of his career.

Along with the Globes, The Academy Awards has seen a decline in viewership over the past few years (well before the pandemic started too) and it’s hard to know if a host will be enough of an incentive for people to jump back in. The Globes actually didn’t even host a ceremony this year and simply announced who won the awards online, though, it’s doubtful The Oscars will go that far.

The 2022 Oscars will take place on March 27 so keep an eye out for more news and nominations.