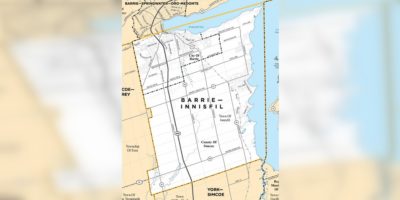 Federal Election Day is October 21st and as you cast your ballot, make sure you’re making an informed choice.

Barrie 360 has invited candidates from four major parties (Conservative, Green, Liberal, New Democrat) into our studios to speak about the issues important to them. We made sure all candidates abided by two simple rules: stick to two minutes and discuss the party’s platform only. No mudslinging. These candidates were urged to tell us why we should vote for them, not why we shouldn’t vote for the other parties. An audio statement from those who agreed to participate can be found below.

The local candidates are listed below, in alphabetical order according to party. The main platform points of their party leaders are also included.

Environment: The Conservative Party of Canada has vowed to repeal the liberal-authored Carbon Tax, leaving it to provinces to decide on carbon pricing. Conservatives have promised to invest in green technology in order to reduce carbon emissions, paid for in party by polluters who fail to meet environmental standards.

Education: The Conservative Party vows to continue the Canada Child Benefit, and assist the provinces and territories in paying for childcare and early learning. A boost to the Registered Education Savings Plan has also been promised, along with a post-school jobs program for international students.

Learn more about Bonnie North on the Green Party of Canada website.

Environment: Green Party Leader Elizabeth May has long been a vocal supporter of the Carbon Tax, but states it is not the only method the country should focus on in meeting emission targets set forth in the Paris Accord. In fact, the Green Party aims to reduce emissions to 60 percent below 2005 levels by the year 2030, double what the Paris Accord calls for.

Education: The Green Party of Canada vows to boost childcare funding to at least one percent of annual GDP, funding a universal childcare program and removing the GST from the cost of building new childcare spaces in Canada.

Economy: Elizabeth May says her Green Party will balance the budget in five years, in part by raising corporate tax rates to 21 percent, imposing a tax on sugary drinks, and a 0.5 percent tax on financial transactions.

Environment: The Liberal Party of Canada introduced a price on carbon emissions, and has survived several provincial court challenges since. The party expects to continue the program, increasing the minimum carbon price by $10 a year to $50 by 2022. The Liberals also hope to phase out coal power by 2030, with net-zero emissions expected byo 2050.

Education: The Liberals have vowed to increase the Canada Child Benefit by 15 percent for families with kids under one year of age, and make parental benefits tax-free. Up to 250,000 new childcare spaces have been promised, with a fee cut of 10 percent.

Economy: The Liberal Party of Canada has promised to keep deficits under $10 billion, and are highlighting $9.3 billion in new spending for 2020-2021 in its platform. Liberal accounting indicates it could not return to a balanced budget until at least 2040.

Learn more about Pekka Reinio on the candidate’s website.

Environment: The New Democrats expect to continue the Carbon Tax program, but with a crackdown on heavier emitters, claiming those who produce the most emissions will bear the most burden. The party wants to cut Canadian greenhouse gas emissions to 450 megatonnes by 2030, by spending $15 billion on structural retrofits, renewable energy, and clean technology.

Education: The NDP has vowed to commit $1 billion to not-for-profit childcare by 2020, with yearly increases promised. Up to 500,000 new childcare spaces would be created through the NDP over four years. The New Democrats also promise to implement a national school nutrition program.

Economy: Jagmeet Singh has not set a target date to balance the country’s budget but is proposing running a $32.7 billion deficit in 2020. In 2015, the party ran with a promise to have balanced books over four years.