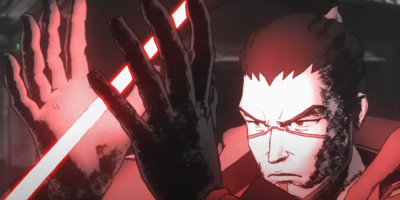 Combining original stories from the Star Wars universe with the best Japanese anime studios in the business seems like such a no-brainer, it’s a wonder why it didn’t happen sooner.

For those who don’t know, Star Wars draws huge inspiration from classic samurai movies (and westerns) with George Lucas directly citing Akira Kurosawa’s 1958 film The Hidden Fortress as one of the key motivators in the creation of the original Star Wars (the plot similarities aren’t a coincidence).

Star Wars: Visions is a collection of nine self-contained and original stories all set in the Star Wars Universe, created by seven of Japan’s most visionary anime studios. The episodes will follow everything from Jedi and droids to Sith and podracing and you can be sure there will be some of the most spectacular lightsaber fights you’ll ever see on screen.

Check out the first trailer:

Star Wars: Vision is set to hit Disney+ on September 22.