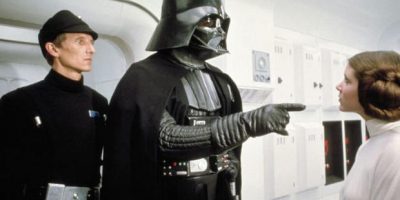 His agent confirmed the news on Sunday, saying Prowse passed away after a short illness. Prowse, a weightlifter turned actor, was best known for his role as Luke Skywalker’s father who wore the iconic black suit in the original trilogy from 1977 to 1983.

Prowse did not provide the vocal performance of Darth Vader though as his lines were voiced by James Earl Jones.

Prowe was invited to audition for the roles of Darth Vader and Chewbacca in 1977’s Star Wars: Episode IV-A New Hope, after he was spotted by director George Lucas in the 1971 film Clockwork Orange, in which he played a bodyguard.

The success of Star Wars meant Prowse became a regular on the fan circuit and attended conventions around the world for nearly 40 years. But he was banned from official conventions by Lucas in 2010 after the pair had a falling out.

Prowse told the BBC he chose Darth Vader because “you always remember the bad guys.”

He told the Associated Press (AP) that he had some regret that, thanks to Vader’s mask, “I can walk around with complete anonymity.”

Mark Hamill, who played Luke Skywalker in the “Star Wars” films, tweeted that Prowse was “a kind man & much more than Darth Vader.” Hamill said the actor “loved his fans as much as they loved him. #RIP”

Prowse is survived by his wife and their three children.