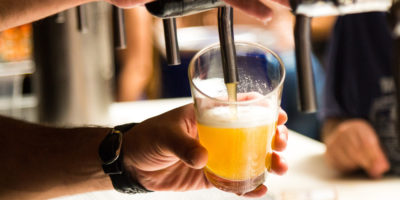 No, this is not an April Fools joke. Your drink of choice might start weighing in at a steeper price on April 1st unless Canadian distillers convince Finance Minister Bill Morneau to repeal the annual automatic escalator tax on beer, wine, and spirits.

As of April 1st, 2018, under the Excise Act, 2001, the Government of Canada raised the rates of excise duty, or duty on manufactured goods at the moment of manufacture, on spirits, wine, and beer. Federal excise duty revenues just on spirits rose by a whopping 17.8% in 2018, according to Spirits Canada.

As a result, Canadian alcohol producers are calling for an end to the “escalator tax,” as it hikes up consumer prices and makes local producers much less competitive. Online petitions have been created and passed along by spirits and beer industry members in an attempt to stop the automatic annual tax increases on alcohol in Canada.

As Canada increases taxes on the spirits industry, other countries are cutting taxes. This is causing Canadian distillers to lose market share of the global industry. Visit https://t.co/FchqXJWPpn to protect Canadian consumer interests and stop the escalator tax! #notonmytab pic.twitter.com/QATM5f7YMR

“Canada already imposes amongst the very highest taxes on alcohol in the world, and, in the case of spirits, 80% of what you pay are taxes,” Spirits Canada President and CEO Jan Westcott explains in a statement. “Today’s escalator tax is having the same negative effect it had when Canada last experimented with it in the 1980s; sky-high prices, a freeze on investment, closed distilleries, lost jobs, and Canada losing ground versus our international competitors.”

Parliament is able to vote on ending the tax until April 1st, otherwise it will automatically increase.