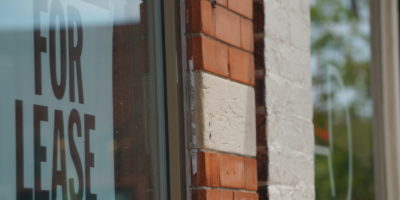 The federal government has changed the eligibility threshold for Canada Emergency Business Account (CEBA) loans. Previously, to be eligible, a minimum payroll of $50,000 and a maximum payroll of $1 million was required. During his media briefing Thursday, Prime Minister Justin Trudeau said the federal government has now made CEBA available to businesses who spent between $20,000 and $1.5 million in payroll in 2019.

Trudeau says the changes will help address the challenges faced by small businesses to cover non-deferrable operating costs. To date, 195,000 small business loans have been approved through CEBA – worth $7.5 billion in credit. Banks are offering $40,000 loans under the program.

Prime Minister Trudeau also announced a Canadian Emergency Commercial Rent Assistance (CECRA) program Thursday to help small businesses offset rent in April, May and June. The program will provide loans, including forgivable loans, to commercial property owners who in turn will lower or forgo the rent of small businesses for the months of April (retroactive), May, and June.

The implementation of the CECRA program will heavily require on provincial agreements – which are responsible for property owner-tenant relationships. “We’re working with the provinces and territories to increase rent support for businesses that are most impacted by the pandemic and we will have more details to share soon,” said Trudeau.

It went on to say that CFIB will be examining details of the program and working to ensure there is support for small business owners with commercial mortgages.

More federal help is on the way for Quebec as the province grapples with massive outbreaks of Covid-19 at its long term care homes.

Trudeau says the Canadian Armed forces and Canadian Red Cross will be available and they are finalizing an assistance plan for Quebec. Public Safety Minister Bill Blair received a request from Quebec Wednesday night for help in the province’s long term care facilities.

Trudeau spoke with G7 leaders Thursday. The PM says it’s crucial to fight for vulnerable nations as well. He says Canada is contributing to international efforts to develop a vaccine. “This is a global crisis and it demands a global response.”