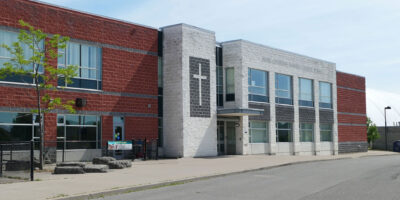 Another school in the region has been affected by COVID-19.

The Simcoe Muskoka Catholic District School Board reports two classrooms are closed at Sister Catherine Donnelly Catholic School on Hanmer St. in Barrie after one positive case of COVID-19 was confirmed among students or staff. The school remains open.

All parents and caregivers to students of the school will be contacted by the board to advise them of this case, if they haven’t already. Only those who require follow up as part of the health unit’s contact tracing will be contacted with more information.

On Thursday afternoon, the Simcoe Muskoka District Health Unit confirmed a case of COVID-19 in a Barrie woman under the age of 17 but were unable to confirm what school, if any, she had attended recently.