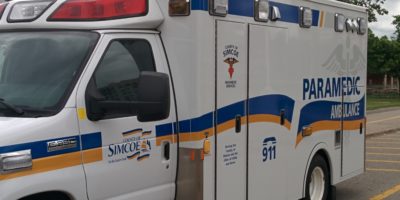 Two people are in hospital after a head-on crash in Bradford Friday morning.

First responders were called to Yonge St. north of the 11th Line around 9 a.m. with reports of a crash involving three vehicles. Investigators have determined a southbound van crossed the centre line into the northbound lanes, causing several vehicles to veer to the shoulder before a northbound sedan was struck head-on. The sedan then struck an SUV.

The driver of the van required extrication by Bradford West Gwillimbury Fire Service. The van and sedan driver were both taken to hospital by County of Simcoe paramedics. No one in the SUV was hort.

Charges are pending against the driver of the van.